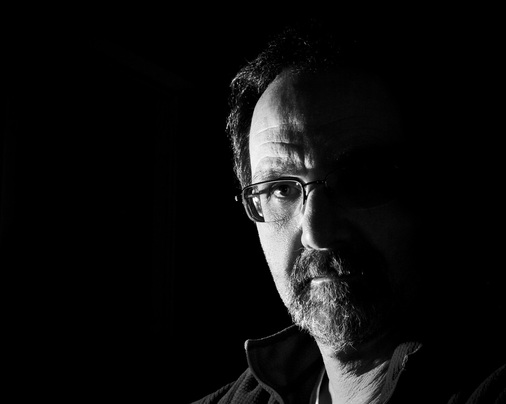 If you're an artist you should have a dark brooding picture.  Here's mine

I was born in the fantastic fifties, 1954 to be exact, in the beautiful state of Vermont.  As a boy I enjoyed drawing and my best art instructor was a Jon Gnagy drawing set I received for Christmas.  For those of you who don’t know Jon Gnagy, he was the Bob Ross of the 50’s and 60’s in the good old days of B&W TV.  If you don't know Bob Ross....shame on you.

After graduating from high school I spent 3 years in the USAF.  I went back to VT with the idea of going to college and majoring in art.  I was advised to re-think art as a career as there were many starving artists in the world.  I went on to study architecture and building but did not pursue either.  I married my wife, who is from Michigan, in 1977.  We met through her brother, my best friend while in the Air Force.  After graduating in 1978 we moved to Michigan and we have been here ever since.

Here in Michigan I became a letter carrier for the USPS and worked in Muskegon MI for 29 years before retiring in 2010.  Now with a lot of time on my hands and the fear of starving is somewhat eased, I have decided to pursue my love of art.  I am excited to explore the many and varied mediums to express myself.